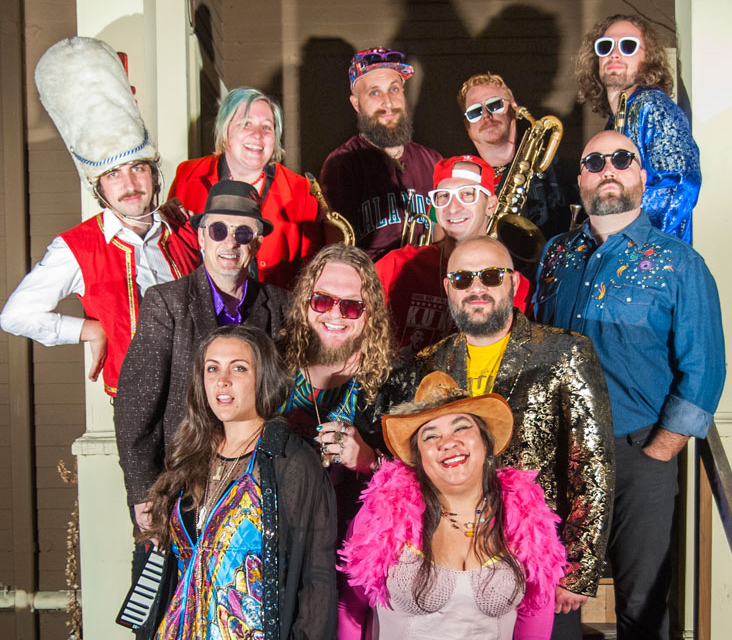 ELDRIDGE GRAVY & THE COURT SUPREME is a funk juggernaut. Backed by the hot, gritty orchestration of the 13 member Court Supreme, front man Eldridge Gravy easily works dance floors to a fever pitch with his full-bore performance and smooth rapport with the audience.

Over the past few years EG&tCS have headlined practically every prestigious venue in Seattle and Portland, including Crocodile, Neumos, Tractor Tavern, Showbox, Doug Fir Lounge, and Star Theater. They have also ruthlessly funked thousands of festivalgoers at Bumbershoot, the Waterfront Blues Festival in Portland, and July 4th at Gasworks Park.

"The Funk Show of the Year went down the other weekend at Tractor Tavern. Eldridge Gravy & the Court Supreme cranked the heat way up, revealing the grittiest get-down side to their electro disco beats yet." Johannah Juarez - SSG Music

"If there's doubt that funk is anything but alive, well and ass-kicking, critics need look no further" Erin Thompson - Seattle Weekly

"...The backup singers and horns are tight, and the baby-faced, curly-maned Mr. Gravy can wail, shout and moan with sweaty force...When the Court was in session, they got people moving." Misha Berson - Seattle Times